Sef Abdullah (left) and her son Amjad Badin Mohammad holding pictures of male family members "disappeared" by Saddam Hussein's regime during his "Anfal" campaign. In 1982-83 the regime rounded up an estimated 200,000 Kurds who have never been seen since. Sef Abdullah lost her husband, six of her seven sons and her two sons-in-law. Her youngest son, Amjad Badin Mohammad, is the only male survivor of her family.
Hamdela, Iraqi Kurdistan. 16/11/2002. 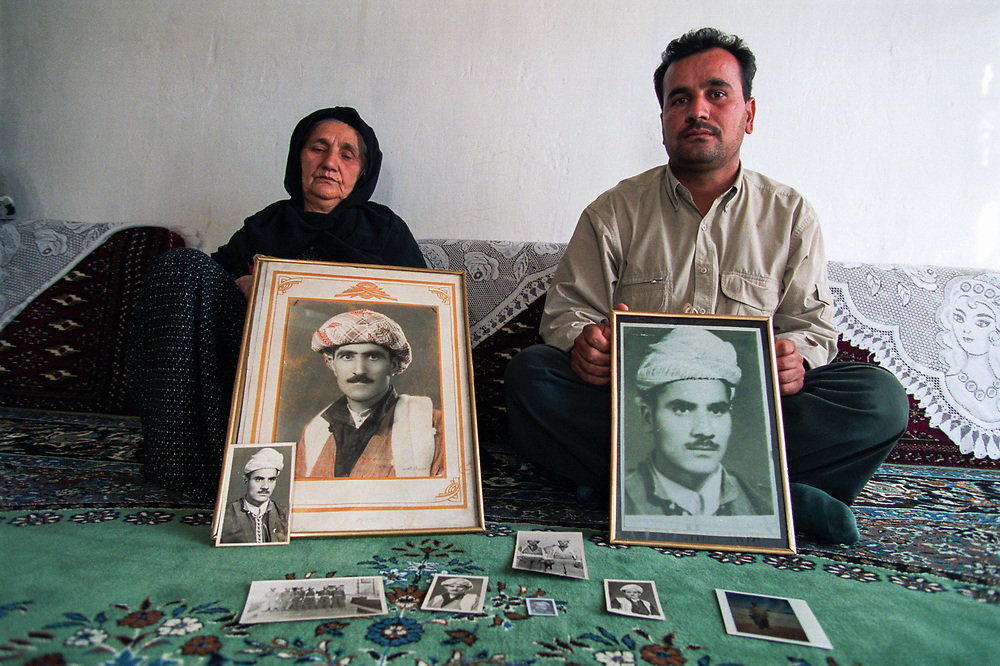