Hassan Hadi Obayd during an interview at the United Nations High Commissioner for Refugees (UNHCR) reception center. He defected during the 1991 Gulf war, was imprisioned and tortured in Kuwait and in Iraq and finally fled the country. Lebanon is host to an estimated 50,000 Iraqi refugees. Relative to their percent of the overall population, a large proportion of the Iraqi refugees in Lebanon are Christian. Many refugees come to Lebanon because they feel they have better opportunities for work and resettlement than in neighboring Syria or Jordan, however they run a greater risk or arrest and deportation.
Beirut, Lebanon. 01/12/2008 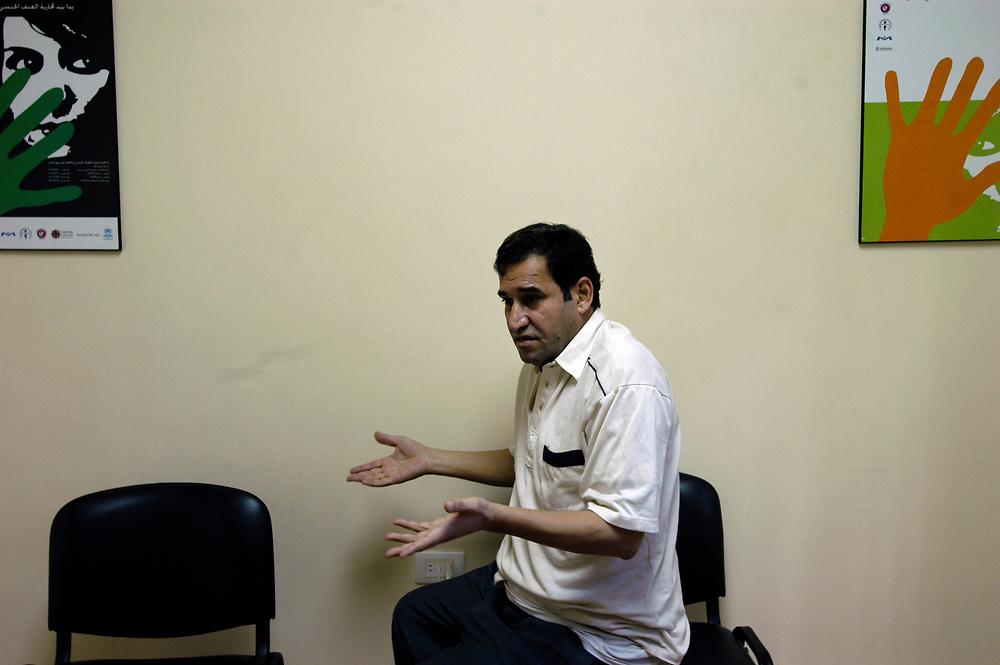