Suahad Yousuf with her two sons Ayad and Rami at their home in California. The family fled Iraq in 2010 and arrived in the US after spending two and half years in Jordan. Their youngest son Meroon was born in Amman, but was diagnosed with a brain tumor at one year old. Their resettlement application was expedited and the child underwent surgery immediately after their arrival in Los Angeles in late December 2012. Although the surgery was successful, the child died during the first round of chemotherapy a month later. Suahad, his mother, suffers from depression; she can't be alone, doesn't sleep and is unable to drive as a result of the loss. She is seeing a therapist, but need specialized help. The trauma that the family has suffered is making the adjustment to life in America even more difficult.
El Cajon, California. 07/05/2013. 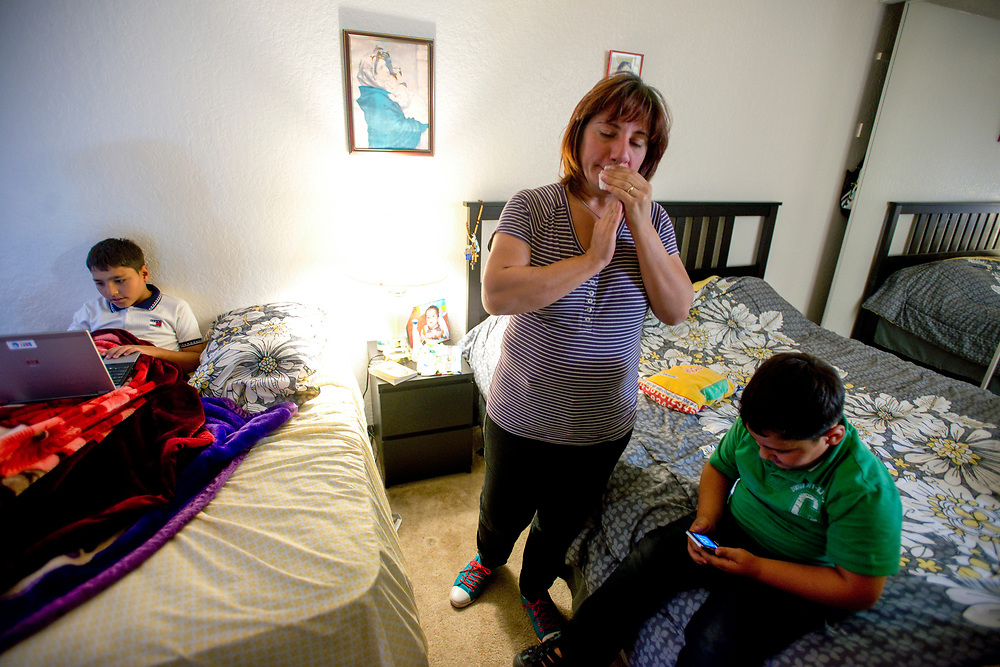