Walaa Matti, 43, checks his two year old daughter's condition in her bedroom. Shortly after arriving in the United States from Iraq his youngest daughter Irana fell ill. Doctors said it was just a stomach flu until she collapsed. She was then diagnosed with an unusual brain infection. She underwent surgery and is now following long-term medical treatment. She is limp, sleeps most of the day and must be fed intravenously. Walaa spends most of his time caring for his daughter and family and has little time to look for work. His daughter's illness and his lack of knowledge of how things function in the United States has made their resettlement process extremely difficult.
Madison Heights, Michigan. 21/04/2013. 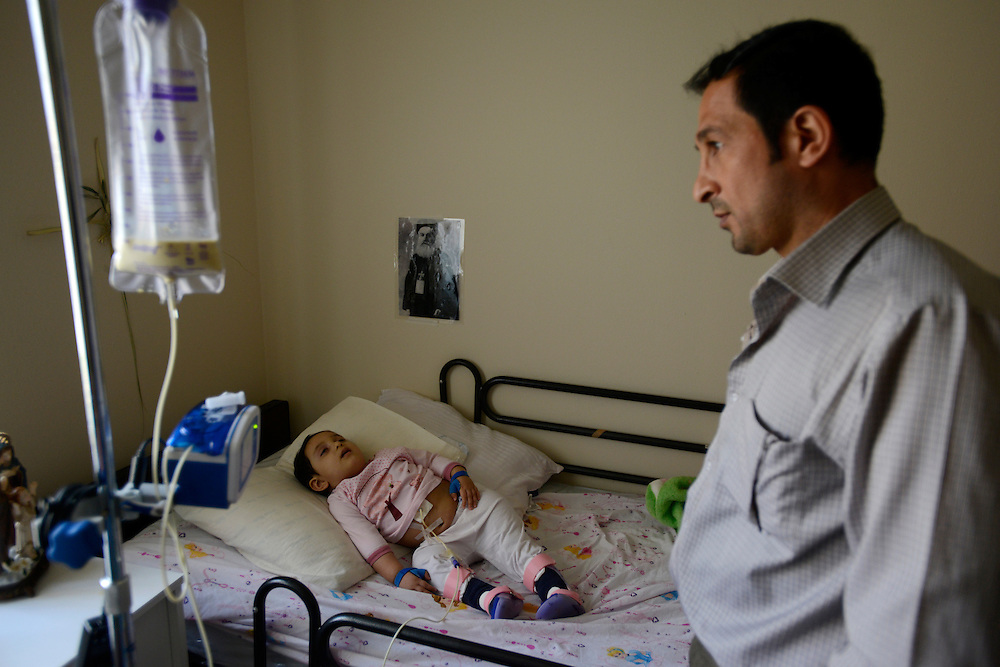