Children gather at a watering hole used for migrating herds of sheep, cattle and camels during the dry season in the Guidimakha province of Mauritania. Only a few decades ago the vast majority of Mauritania's population were nomadic herdsmen. While the population remains mobile and livestock play an important roll in the culture and daily life of Mauritanians, in recent years the society has become increasingly sedentary, relying on agriculture for sustenance. Global warming and climate change have caused rainy seasons to fail and prolonged drought throughout the Sahel, drastically reducing grazing ares, ruining harvests, causing wide spread food insecurity and contributing to large-scale migration from rural areas to cities and abroad.
Guidimakha, Mauritania. 09/03/2011. 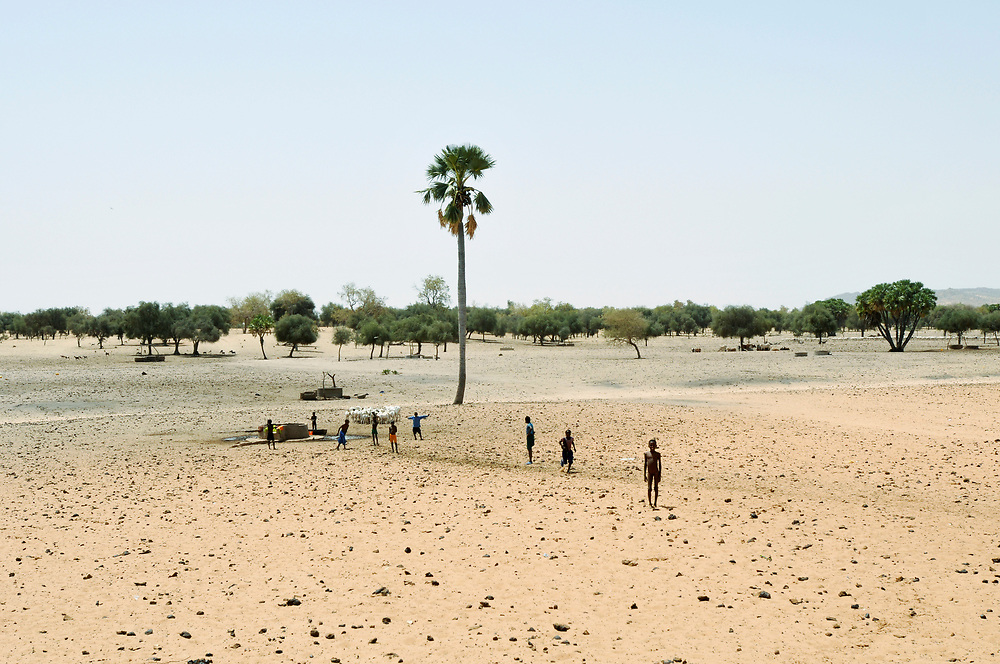