Young boys off-load a goat from a pickup truck in a rural village in Gorgol province. Only a few decades ago, the majority of Mauritanians lived a pastoral, nomadic lifestyle. While many remain highly mobile, Mauritanian society has become increasingly sedentary, relying on agriculture as well as livestock breeding for their livelihoods. Failed rainy seasons and prolonged droughts in recent years, widely attributed to global warming and climate change, have made agriculture unsustainable in many parts of the Sahel causing widespread food insecurity. As a result, working age men have been forced to migrate to large cities and abroad in order to seek work, leaving only children, women and the elderly in rural areas to work the fields, tend to livestock and feed their communities.
Djadjibiné Chorfa, Mauritanie. 05/03/2011. 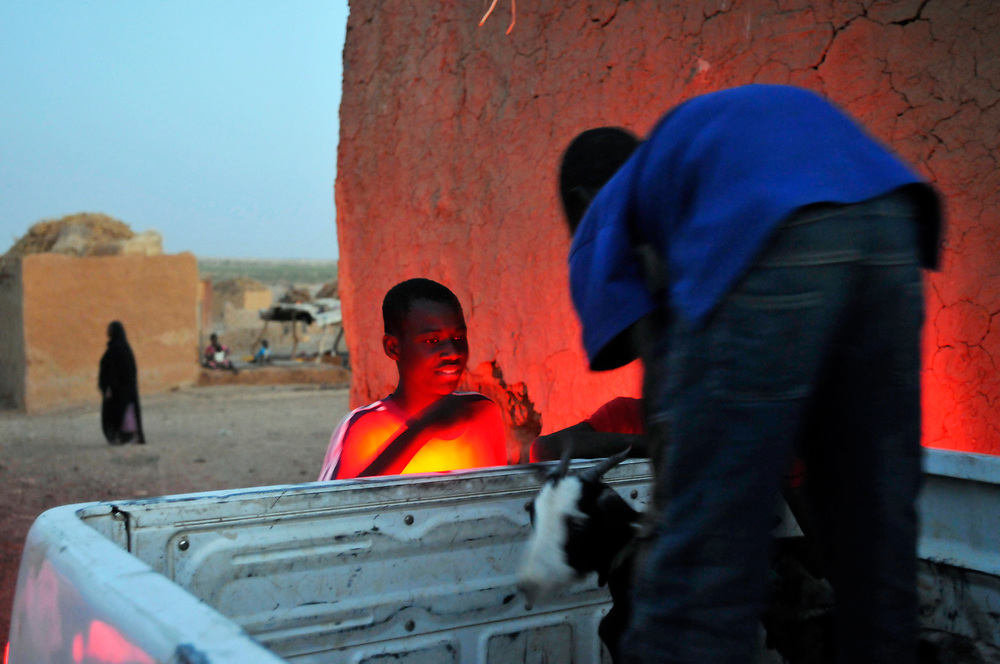