Women selling locally grown fruits and vegetables in the Kankossa town market. The Sahel stretches across Africa from the Atlantic Ocean to the Red Sea. It is a semi-arid, Eco-climatic, bio-geographical transition zone between the Sahara Desert to the north and the savanna regions to the south. It is in these climatic and bio-geographical transition zones where the affects of global warming and climate change are most felt. Just a couple of decades ago, Mauritania's population was largely nomadic herdsmen. While they remain highly mobile, Mauritanians have become increasingly sedentary, relying on agriculture and livestock for their livelihoods. Erratic rainfall and prolonged, severe drought caused by climate change have plagued the Sahel in recent years with serious consequences for local populations.
Kankossa, Mauritania. 08/03/2011. 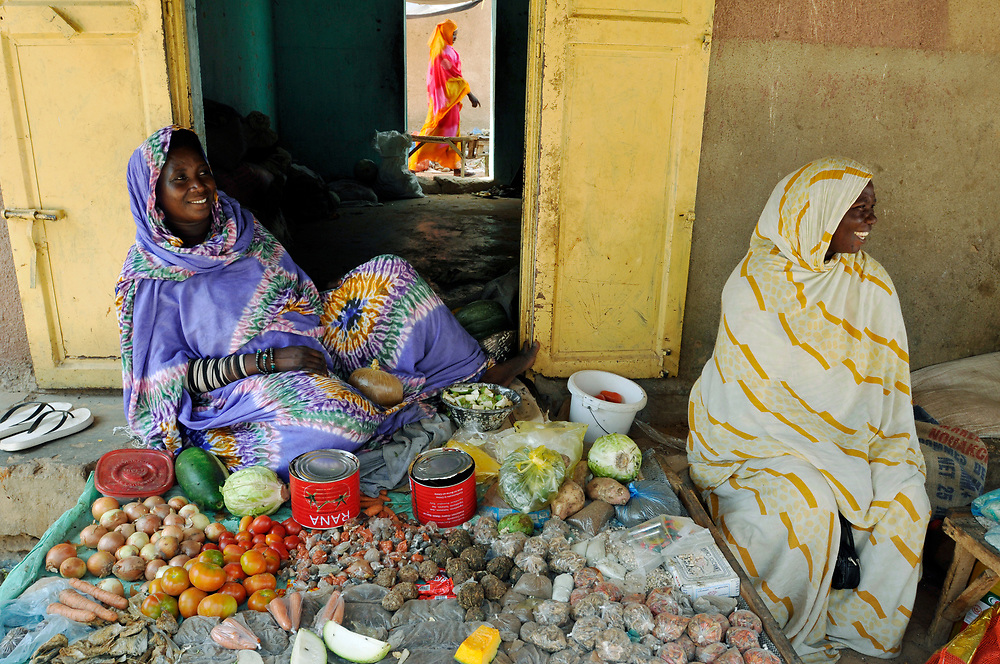