A coal miner pushes a bicycle through mine worker's housing toward a coal mine in the region known as the "sea of coal." 75% of China's growing energy needs is supplied by coal, the cheapest and dirtiest form of energy. China is the world's largest producer of coal. Seven of the world's ten most polluted cities are in China, largely due to coal use and the country's dilapidated heavy industries.
Dàtóng, Shanxi Province, China. 12/11/2005
Photo © J.B. Russell 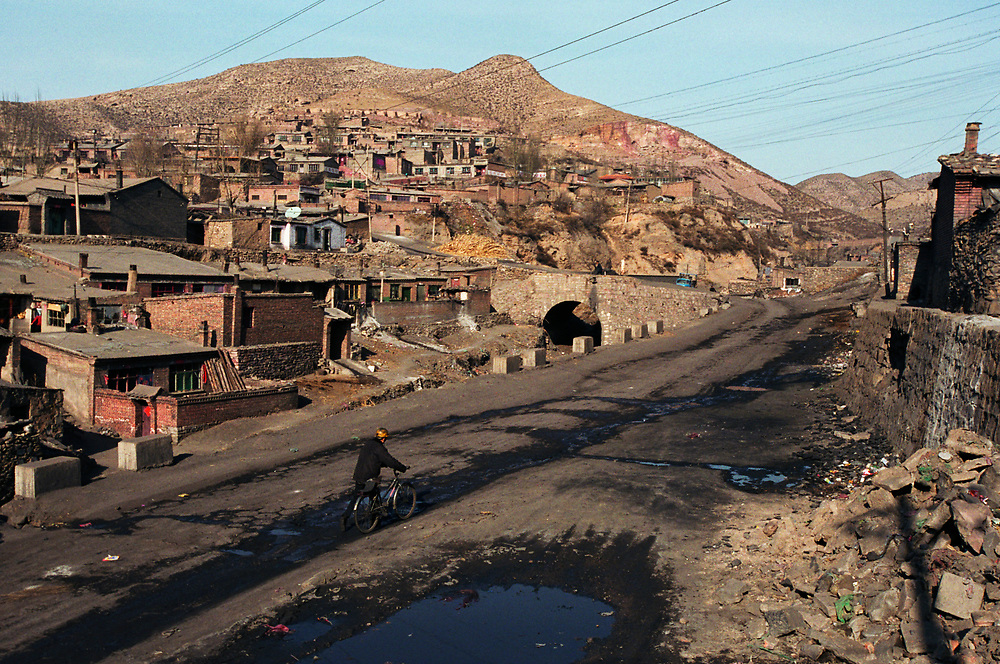