Coal miners stroll along railroad tracks that transport coal from the mining region known as the "sea of coal" near Dàtóng. Seven of the world's ten most polluted cities are in China and mining is the country's most dangerous profession. Officially, more than 6000 miners, and as many as 20,000 by some estimates, are killed every year in accidents. 75% of China's growing energy needs comes from coal - a demand that puts production before safety.
Dàtóng, Shanxi Province, China. 10/11/2005
Photo © J.B. Russell 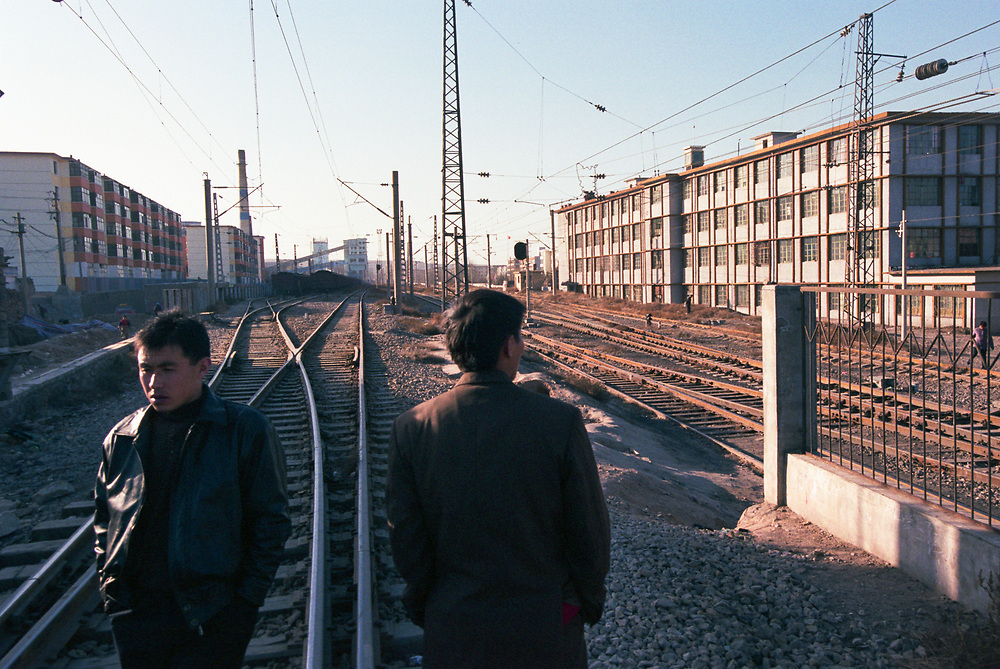