Coal carriages being off-loaded at a small, private mine. 75% of China's growing energy needs is supplied by coal, the cheapest and dirtiest form of energy. China is the world's largest producer of coal. Seven of the world's ten most polluted cities are in China, largely due to coal use and the country's dilapidated heavy industries. Coal mining is the the country's most dangerous job. 6000 to 20,000 miners are killed every year in accidents. The demands of China's booming economy put production before safetly.
Dàtóng, Shanxi Province, China. 12/11/2005
Photo © J.B. Russell 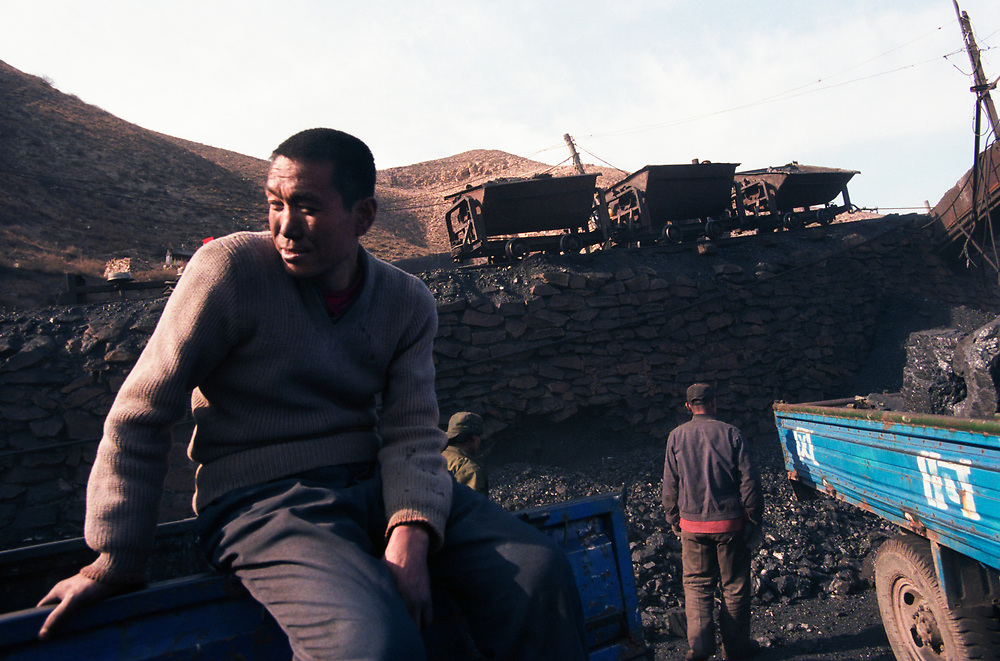